As Much as I’d Love to Meet Brad Pitt, I Will Not be Driving Off a Cliff

“Are you going to be Thelma or Louise?”

That’s what my Cousin Richard says when I tell him about my road trip, and it pisses me off.

Richard is smart. He’s a fellow Scrabble lover. We like the same books. He’s a feminist and one of the people I love most in the world.

And he knows how to rile me up.

So I begin my reply slowly, explaining how I had originally thought about making a stop in Oklahoma City in homage to the U.S.’s most famous (and infamous) female roadtrippers. The Oklahoma capital plays a pivotal role in the 1991 film. It’s the location of the motel where Louise’s boyfriend, Jimmy, shows up to give Louise the money she and Thelma need to start a new life in Mexico. It’s also where married Thelma has good sex for the first time when she sleeps with Brad Pitt’s character, J.D.

But after thinking about it, I tell Richard, I changed my mind about going to Oklahoma City. There’s nothing there to celebrate. Because it’s also where J.D. steals all of Thelma and Louise’s money and, with it, all of their hope. JD’s actions then become the catalyst for the desperate acts by Thelma and Louise that follow, including their decision to drive off a cliff and into the Grand Canyon, rather than take a chance at what will become of their lives.

“You’ve seen the movie! Think about it,” I say to Richard. “Thelma and Louise are on the open road, yet they’re prisoners. Even out in the middle of nowhere, they can’t be free. And it turns out that they can’t trust any of the men in their lives, including the police.”

“And they’re fictional!” I continue. “Shouldn’t you—shouldn’t I—know the names of actual women who took to the road? Shouldn’t they—real women—be the roadtrippers or explorers I want to emulate? But who is a female Jack Kerouac or John Steinbeck? A female Lewis & Clark?”

Searching for these types of women and their stories, I found that in 2014, the Los Angeles Times published a list of 12 women’s road books. Similar lists have been published in a handful of other publications. But none are impressive or especially relevant to women like me who, in part, want to take to the road for the experience and adventure. In the Times list, three of the books were written before 1950; two before 1910. (I mean, I love Edith Wharton, but whenever she traveled, she sat in the backseat!) Several were novels—and I devour fiction—but what I wanted were real-life stories of women who decided to jump in their cars and drive from sea to shining sea.

The author of the Los Angeles Times list laments the sparseness of the genre, admitting that in most of the well-known road trip stories,  men are portrayed as “inspired, irresponsible, tender, wild,” while “women appear, but as sirens calling or anchors to be left.” 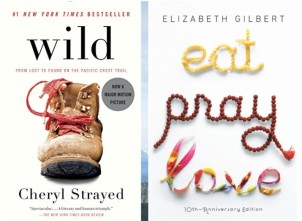 There are exceptions, of course, including Cheryl Strayed’s Wild and Elizabeth Gilbert’s Eat, Pray, Love. I’ve read and loved both of these books. But the journeys of both Strayed and Gilbert were prompted by the despair of broken love and heartbreak.

Where are the stories of women who take to the road for no reason more than they want—and know they deserve—the experience of freedom of life outside the responsibilities of wife, mother, daughter, or breadwinner?

In a terrific 2017 Salon article—“Road trips can be life changing for women, so why doesn’t Hollywood want us behind the wheel?”—University of Alabama Media Studies Professor Alyx Vesey has an answer to why these stories are so rare:

“Women aren’t granted the same access to the road as men are. They’re told to fear its uncertainties—unlit paths, seedy motels, strange men—and films often amplify that fear by representing women as victims instead of explorers. … [Yet the road] represents freedom to discover where you fit in the world, be surprised by your surroundings, get lost, find yourself through reorientation. That’s why it matters that so few movies depict female travel. Can we ever be free if we’re not free on the road?”

I’ve written this question of Vesey’s into the front of one of the journals I’m taking with me: Can we ever be free if we’re not free on the road?

I’m not sure it’s a question my road trip can answer, or even that it’s one I want to answer right now. I’ve got my own questions written in my journal as I set out to better get to know the U.S., others’ mindsets and myself. 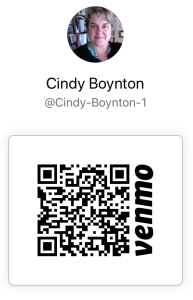